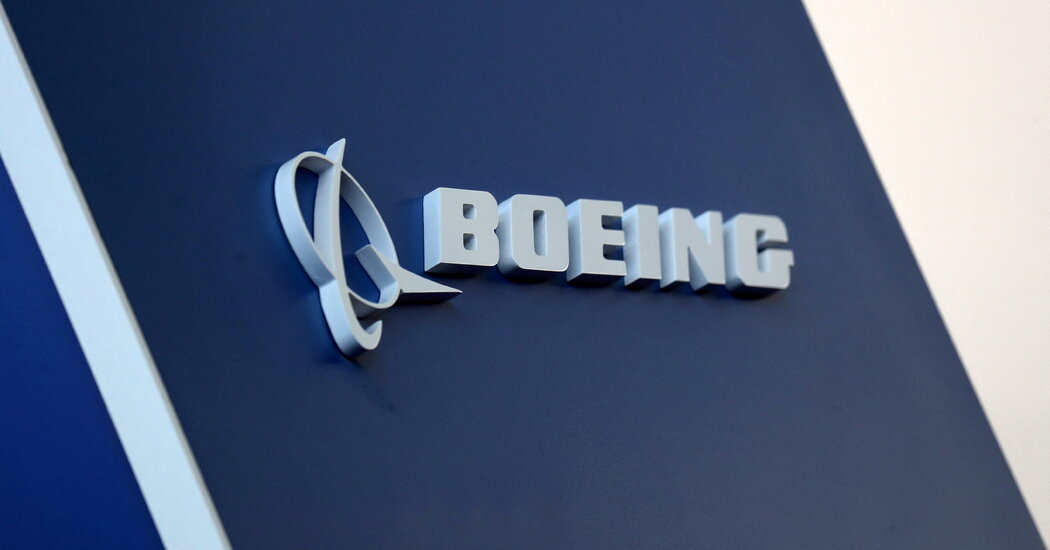 Boeing said on Friday that it had suspended a vaccination requirement for employees after a court blocked enforcement of an executive order by President Biden instructing federal contractors to impose such mandates.

The announcement came after several other companies, including Amtrak, General Electric, Union Pacific and BNSF Railway, recently dropped their vaccine mandates, citing the court order. Some employers have said that the vaccine mandate has made it harder to hire people at a time when workers are in short supply.

Boeing said that about 92 percent of its more than 110,000 U.S. employees were fully vaccinated or had received exemptions from the mandate. Overall, about 72 percent of all adult Americans have received the one or two shots of coronavirus vaccines regulators have determined provide protection from the virus. Some companies that required employees to be vaccinated months ago, like United Airlines, a Boeing customer, have said that close to 100 percent of their employees have been vaccinated.

“After careful review, Boeing has suspended its vaccination requirement in line with a federal court’s decision prohibiting enforcement of the federal contractor executive order and a number of state laws,” the company said in a statement.

But in a note to employees, Boeing also strongly encouraged all workers to get a vaccine and booster shots, highlighting how companies are struggling to strike a balance on coronavirus vaccines, an issue that has become freighted with politics as many conservatives rail against mandates. Managers are contending with two contradictory pressures: from workers who do not want to be required to get the vaccine and from employees worried about getting sick or infecting vulnerable family members and friends.

“According to the C.D.C., the vaccines are safe, effective and our best tool to prevent the spread of Covid-19,” Dr. Laura Cain, Boeing’s chief medical officer, said in the note. “I want to strongly encourage our employees to get vaccinated or get a booster if they have not done so to help protect their teammates, families and communities.”

Boeing employs about 57,000 people in Washington State, more than any other. It also employs more than 37,000 people across Alabama, Arizona, Missouri, Oklahoma, South Carolina and Texas, states where the overall vaccination rate is much lower than the national rate of 61 percent. Reluctance to getting vaccinated can be high in parts of those and other states and could have contributed to the company’s decision.

On Tuesday, Amtrak said it was dropping its mandate, though about 97 percent of its work force had already received a shot or an exemption. Fewer than 500 Amtrak employees have not been vaccinated, its chief executive said.

This month, a federal district judge in Georgia issued a preliminary ruling that the government could not force federal contractors to require vaccination. The challenge to Mr. Biden’s executive order was brought by several Republican-led states, including Georgia, Alabama, South Carolina and Utah.

And last month, a federal appeals court put on hold a Biden administration rule requiring all private employers with 100 or more employees to be vaccinated or tested weekly.

Douglas Brayley, a partner at the law firm Ropes & Gray, said he had seen some employers pause the rollout of their vaccine mandates after that rule, issued by the Occupational Safety and Health Administration, was stayed in the courts. “Inevitably it’s going to go to the Supreme Court, but I’m sure they’ll try to move it as fast as they can,” he said.

But Carol Goodman, a partner at Herrick, Feinstein, said that despite those legal proceedings many of her clients have pressed ahead on drafting vaccine rules to comply with state and local guidelines that in some places, like New York, are tougher than those Mr. Biden has sought to implement.

Mariupol appeared on the verge of falling to the Russians on Tuesday as Ukraine moved to abandon the steel plant where hundreds of its...
Read more