Biden and the E.U. announce a plan to help wean the bloc off Russian fuel. 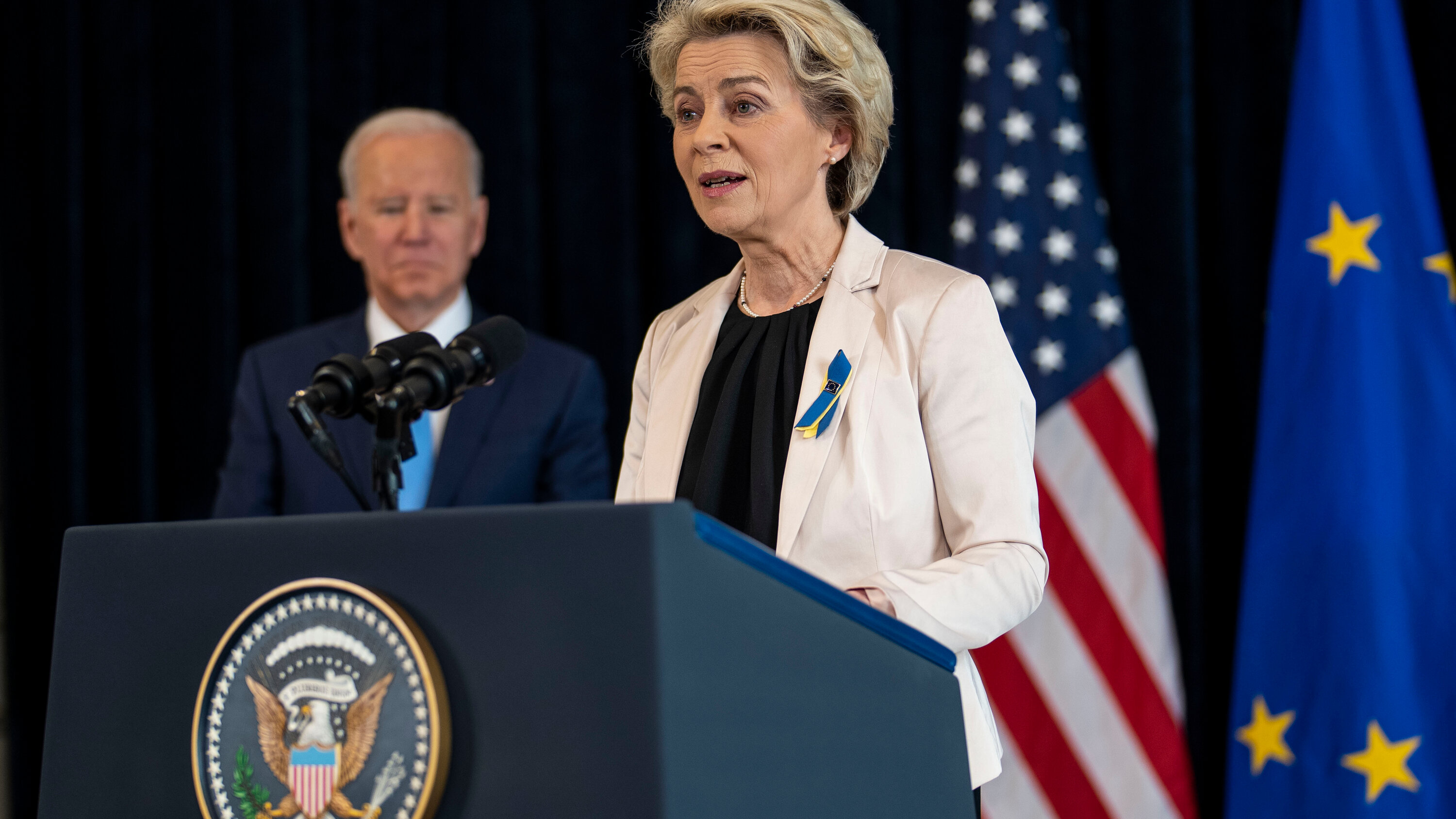 BRUSSELS — The United States will help the European Union secure an additional 15 billion cubic meters of liquefied natural gas by year’s end, President Biden and the European Commission president, Ursula von der Leyen, announced in Brussels on Friday, an important step in the bloc’s race to wean itself off Russian fuel imports.

The European Union is heavily reliant on energy imports from Russia, including oil, gas, liquefied gas and coal, and that dependence has become a growing problem as the bloc seeks to punish President Vladimir V. Putin of Russia for his monthlong invasion of Ukraine.

The United States would like the European Union to impose an oil and gas embargo on Russia, but the prospect has been dismissed by several E.U. leaders, who see it as a financially disastrous step that would hurt Europe more than Russia.

And although the statements mark a significant moment, highlighting the United States’ willingness to use its global influence to secure fuel for Europe in a bid to further isolate Mr. Putin, the task will not be simple. The production of liquefied natural gas is limited and spoken for, and the pledge for additional fuel for Europe will have to be filled in increments from various sources. The European Union now imports the fuel from the United States as well as Russia, Nigeria, Algeria and Qatar.

A further escalation of the war, or a shocking move by Russia, such as the use of chemical, biological or nuclear weapons, could leave the E.U. with little choice but to impose sanctions on Russian energy sales, a development that it is far from prepared for right now.

While the United States has been able to ban Russian energy imports as part of a broader set of sanctions against Mr. Putin — doing so from a position of strength, because it is a net exporter of energy — the European Union has not been able to follow. Instead, it has effectively continued to finance Mr. Putin just as it levels other significant sanctions against Russia.

“We want as Europeans to diversify away from Russia, towards suppliers that we trust that are friends and that are reliable,” Ms. von der Leyen said at a joint news briefing with Mr. Biden. “Therefore the U.S. commitment to provide the European Union with an additional at least 15 billion cubic meters of L.N.G. this year is a big step in this direction, because this will replace the L.N.G. supply we currently receive from Russia.”

The announcement came after Mr. Biden attended three major summits in Brussels on Thursday, with NATO, with the Group of 7 industrialized nations and as a guest at the European Union leaders’ summit, in a spree of top-level contacts to rally allies against Russia and keep up momentum.

Mr. Biden said that the United States and the European Union would set up a task force to plan how to entirely cut Europe’s dependency on Russian oil and gas, and to do so in a way that is aligned with their climate policies.

“We’re going to have to make sure that families in Europe can get through this winter and the next while we’re building an infrastructure for a diversified resilient and clean energy future,” Mr. Biden said.

Germany released a report on Friday that said the country would cut its dependency on Russian energy sooner than many had anticipated. Robert Habeck, the vice chancellor and economic minister, said the country expected to cut its imports of Russian oil in half by midsummer, and nearly end the imports by the end of the year. He estimated Germany could be free of Russian gas by the middle of 2024.

A new survey finds more Canadians report a strong attachment to their primary language than to other markers of identity, including the country they...
Read more

Gas prices in the United States fell below $4 a gallon on Thursday, retreating to their lowest level since March, a drop that has...
Read more