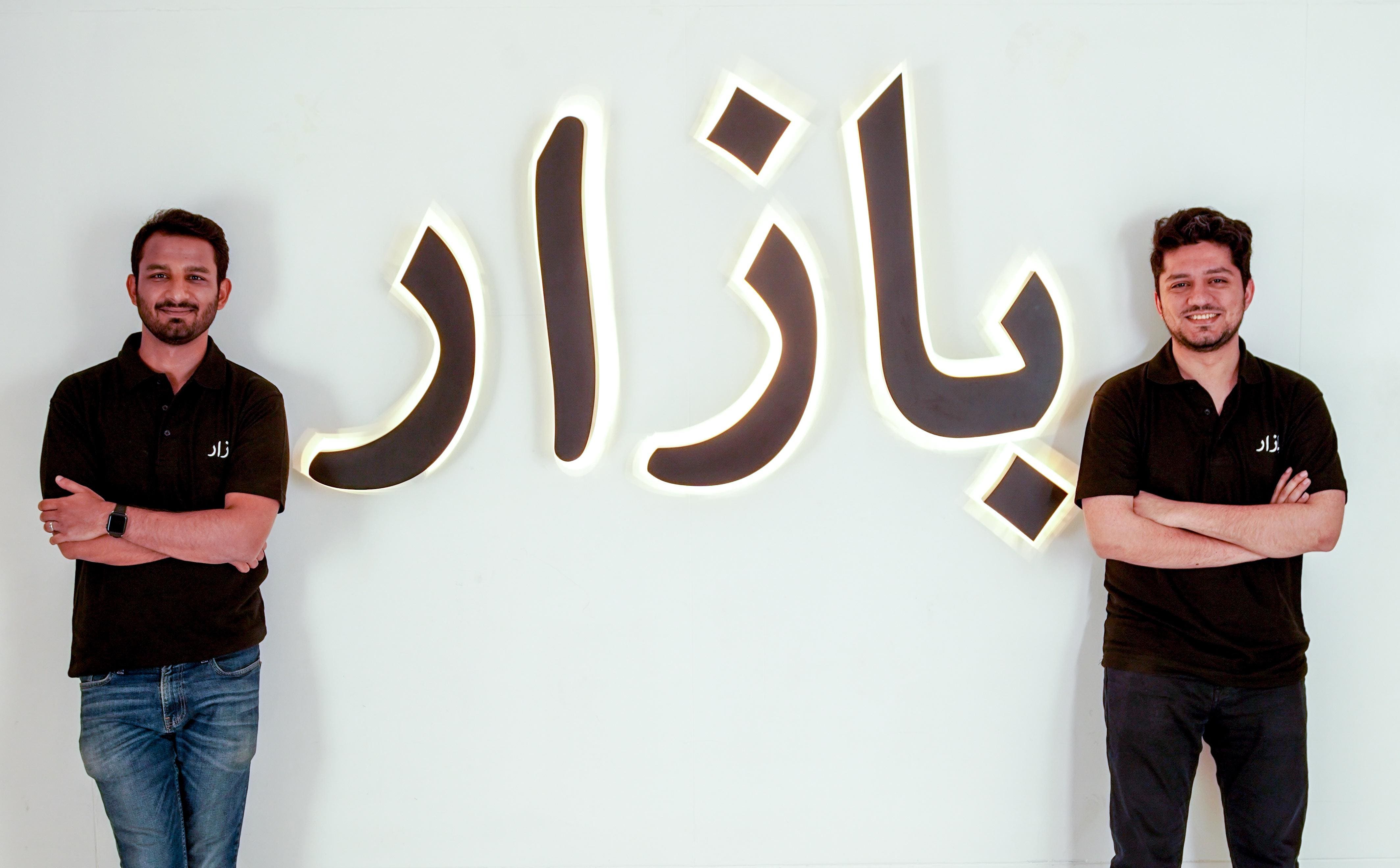 Bazaar founders Saad Jangda and Hamza Jawaid always had weighty ambitions for their business, which is today announcing the successful completion of a $70m Series B funding round. “We wanted to create an awesome company in Pakistan that people would want to work for,” says Jawaid. “We’d both had the privilege of a good education and spent time working abroad, and we were very conscious of this feeling that you had to leave Pakistan to make it.”

Jangda adds: “This fund raising sends a huge message – it proves that you can build large and scalable businesses in Pakistan, and that should be an inspiration to other founders and entrepreneurs.”

The business has certainly come a long way in a short space of time. Two years ago, childhood friends Jangda and Jawaid had not even launched Bazaar. They were still looking around for a big idea that provided the potential to build a business on the scale they were aspiring to.

Eventually, they settled on Pakistan’s retail sector, where huge fragmentation and inefficiency provided a real opportunity for a technology-enabled solution. The pair launched Bazaar in June 2020. “We wanted to create a generation-defining business that would put Pakistan on the map,” Jawai adds.

Bazaar targets the 5 million or so small and medium-sized retailers operating across Pakistan. These businesses faced a huge procurement challenge, the founders realised, dealing with complex supply chains that could involve them receiving 30 or more small deliveries each day; some supplies of basic materials such a flour and sugar even have to be bought from local wholesalers, forcing retailers to shut up shop while they are out.

Instead, Bazaar offers an integrated procurement solution. Using a simple digital interface, available via a smartphone app, retailers can choose from several thousand items of stock listed on the Bazaar platform, with next-day delivery guaranteed. Suddenly, they’re sourcing most of their stock from a single provider, receiving it in a single delivery, and often at cheaper prices – not least because they no longer need to deal with a string of intermediaries.

Bazaar has so far made the service available to retailers in 21 cities and towns across Pakistan where it has set up the necessary logistics and infrastructure. This enables it to work with retailers covering 30% of the population – offering them products from the consumer and packaged goods companies, wholesalers and other suppliers with which it has negotiated bulk contracts.

“It’s all about convenience and value,” says Jawai. Not only are retailers replacing their intricate webs of supply with one point of procurement, but they also access savings courtesy of Bazaar’s purchasing power.

The idea caught the imagination of retailers at a faster rate than the founders expected, Jawai freely admits, but that prompted Bazaar to look at addition services. Last year saw it launch Easy Khata, an accounting tool for the retailers it serves, many of whom are still doing most of their record-keeping on paper. By digitalising payments, procurement and customer engagement, retailers have a huge opportunity to professionalise their businesses, Bazaar believes.

Moreover, that product is creating huge amounts of data about the businesses of the retailers using the platform. That has enabled Bazaar to launch Bazaar Credit, offering short-term working capital loans to retailers, many of which have long struggled to secure services from the banking sector.

“We understand their credit profiles in huge detail,” says Jawai. “By lending to them in this way, we enable them to buy more through our procurement platform – our non-performing loans rate is zero.”

The combination of these services is attracting huge interest from retailers across the country. Already, Bazaar has onboarded 2.5 million businesses to Easy Khata in 500 cities and towns. As it extends its procurement service to more of the country, many of these businesses can be signed up to that.

Today’s fundraising announcement suggests the business will be in a position to accelerate that process. It now has plans to build out logistics infrastructure so that it can serve retailers in 50 towns and cities across the country. The additional financial firepower will also enable Bazaar to expand its range of products and to serve retailers in more categories. Having initially focused on grocery retailers, the company thinks it can also work with businesses in areas including fashion, electronics and pharma.

It’s an exciting prospect for investors Dragoneer Investment Group and Tiger Global Management, which are leading Bazaar’s Series B round. The latest investment will take the funding raised by the company since its launch to more than $100m. “We believe that Pakistan is at an inflection point in its tech ecosystem development,” says John Curtius,a partner at Tiger Global Management. “Bazaar is tapping into the massive merchant opportunity and is leading the charge in the country.”

As for Jangda and Jawaid, they believe they are moving closer to their ambition of proving that entrepreneurs and business builders do not have to leave Pakistan to make it. They point to a recent survey carried out in Pakistan’s universities, in which Bazaar was named as the start-up company that students would most like to work for following graduation. The founders hope many will indeed join the business and find out what it takes to build a growing company.

“People often ask us what our number one metric is,” says Jangda. “It’s not revenue growth or profitability; in five years’ time, we’ll be looking at the number of people that Bazaar has inspired and supported to launch their own businesses.”

As post-secondary students prepare to return to class in the coming weeks, experts are worried about the impact of more than two years of...
Read more