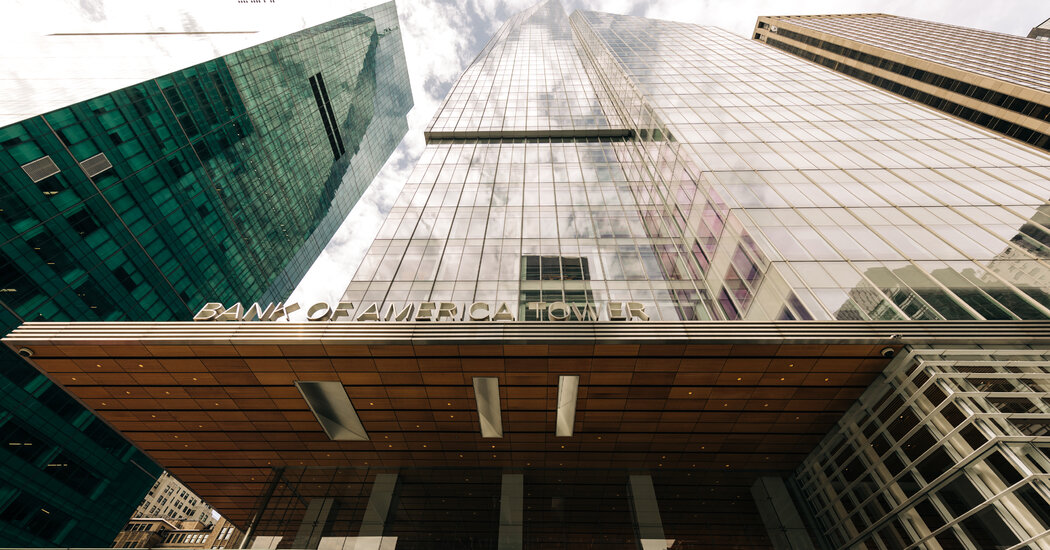 Bank of America joined its peers in reporting lower profits for the first three months of the year but is keeping its optimistic economic outlook even as other lending giants have turned more cautious.

The bank’s profits fell 12 percent to $7.1 billion in the first quarter from a year earlier, beating analysts’ expectations, Bank of America said Monday. Although its Wall Street divisions slumped, executives pointed to a robust performance in its Main Street business, where profits climbed 11 percent, as a sign that the U.S. economic recovery will stay strong.

“Consumers are sitting on lots of cash,” buoyed by a hot job market and rising wages, Brian Moynihan, the company’s chief executive, told analysts on a conference call. As the Federal Reserve raises interest rates in the coming quarters, the bank expects to earn significantly more money from the interest it can charge clients for loans, he said.

Rival banks — including JPMorgan Chase, Wells Fargo and Citigroup — have turned more apprehensive about the economy after the blockbuster quarters of last year petered out. Executives at those banks, which reported earnings last week, cited the war in Ukraine, inflation and rising U.S. interest rates as factors that could choke off the economic recovery.

But Alastair Borthwick, Bank of America’s chief financial officer, said there were plenty of positive signs.

“Despite a challenging environment, consumers continue to demonstrate financial resilience,” he said on a conference call with journalists. Clients spent at the highest level ever in the first quarter, increasing expenditures on travel, entertainment and restaurants, he said.

Bank of America, the country’s second-biggest bank by assets, set aside a modest sum in its rainy-day fund for potential losses on loans. At $30 million — even allowing for losses related to sanctions on Russia — the addition was much smaller than the $902 million added to the stockpile at JPMorgan, the biggest U.S. bank.

Bank of America said its direct exposure to Russia was minimal after reducing its business there over more than a decade. Still, its potential exposure in the country could reach $700 million, mostly for loans to nine Russian companies, including commodity exporters that have had strong cash flows and continue to make payments, Mr. Moynihan said.

Comment on The Management of Bureaucrats: 1 Rule, 3 Options by Sophie Maccarone