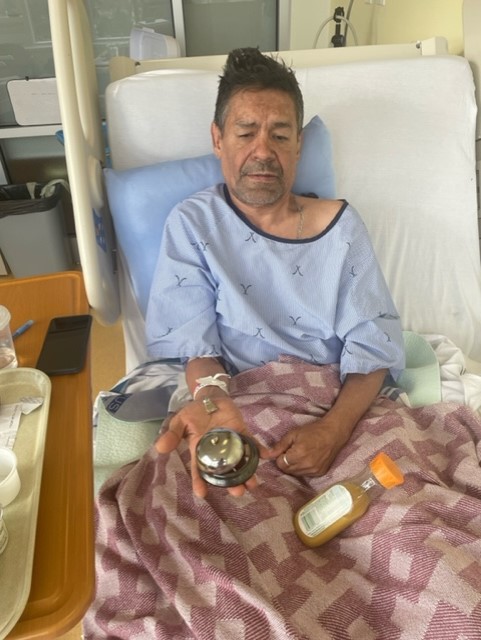 Scientists are warning the lastest COVID-19 wastewater numbers could indicate another pandemic wave is forming in Saskatchewan.

But how bad that wave becomes, a doctor said, depends on how the public responds — especially since the health-care system is already strained.

He was responding to the latest figures from the University of Saskatchewan COVID-19 wastewater monitoring team, which show larges increases of the overall amount of the virus in three cities.

The results also show a significant percentage of the virus detected is from the more transmissible subvariant of Omicron known as BA.2.

In Saskatoon, North Battleford and Prince Albert the amount of COVID-19 increased by 66.3 per cent, 93.2 per cent and 96.1 per cent over the previous week, respectively, according to the University of Saskatchewan’s Global Institute for Water Security.

John Giesy, who leads the COVID-19 wastewater tracking unit, said the amounts would likely keep increasing and he couldn’t be sure yet when they would decrease.

“It seems to be related to releasing everybody from all of the restrictions,” he told Global News.

A team from the University of Regina monitors the level of virus genetic material in that city. In an update posted to the university’s Facebook page, they wrote viral levels have declined compared to previous weeks but remains high.

Molecular biologist Tzu-Chiao Chao, who is part of the UoR team, said the city is seeing a long-term decline and has largely held steady over the past few weeks — but he added that wasn’t a good thing because the amount of COVID-19 is high.

A rise in BA.2 could drive the numbers even higher, he said, though the regular strain of Omicron didn’t need the help.

“We’ve got just so many people infected that just (having) some random additional contacts leads almost immediately to a resurgence in the wastewater levels. So that makes this whole situation volatile,” he said.

Neudorf believes the new and even more transmissible variant — combined with the fact only about half of eligible people in the province have their third vaccine — could mean even more infections, which would mean more hospitalizations and ICU admissions at a time when the province’s hospitals are already full or close to capacity.

The difference for this wave is that there are no public health orders in effect.

“How far into that level and whether we get into the same crisis point as before really depends on public response,” Neudorf said, urging people to wear masks, remain physically distant, test frequently and stay home if they’re sick.

“This is a little bizarre that, if your physicians are telling you and the experts who have been monitoring this, that there’s a high level of virus transmission out there, just like there was a few months ago, then why should it matter, quite frankly, whether something has been mandated or not?” he asked, rhetorically.

Neudorf said he hoped the government and public health agencies would provide better messaging that recognizes the reality that COVID-19 is still very much present and active in the province.

He also said people should get used to the measures employed to stay safe because, above all, the wastewater data shows the pandemic is far from over.

6:59
COVID-19: Tam advises Canadians get up-to-date with vaccines as BA.2 sub-variant on the rise

COVID-19: Tam advises Canadians get up-to-date with vaccines as BA.2 sub-variant on the rise