AstraZeneca Says it Will Start Profiting From its Vaccine 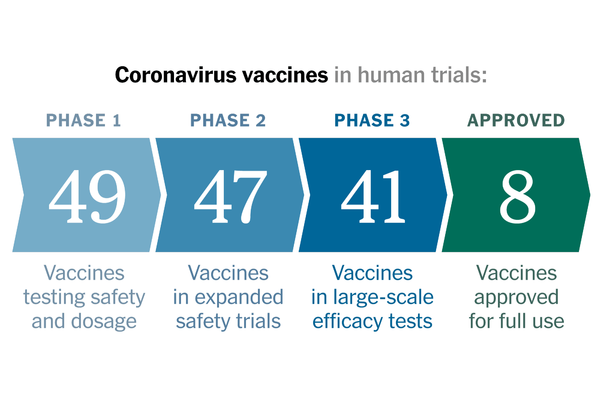 The drug maker AstraZeneca has been selling its coronavirus vaccine at not-for-profit prices during the pandemic, as part of a promise to rollout the vaccine at cost through the crisis.

But on Friday, the Anglo-Swiss company said in reporting its third-quarter earnings that it would begin pricing its vaccine to make a “modest” profit “as new orders are received.” Countries have been paying around $3 or $4 for each shot of AstraZeneca’s two-dose vaccine under the company’s current pricing model.

To a far greater extent than the vaccines from Pfizer-BioNTech and Moderna, AstraZeneca’s vaccine has been the workhorse of the effort to vaccinate poorer countries, many of which are facing severe vaccine shortages. About 1.1 billion AstraZeneca doses had reached low- and lower-middle income countries as of around the end of October.

The company’s chief executive, Pascal Soriot, told analysts on Friday that AstraZeneca would progressively transition “to a for-profit approach” but he added the company “will ensure the vaccine is affordable for low- and middle-income countries.” He gave few details on the new pricing.

A look at all the vaccines that have reached trials in humans.

Last year, AstraZeneca pledged not to profit on its vaccine during the pandemic period, but the company retained discretion about when to declare the crisis was over. Researchers at the University of Oxford, who led the early development of the vaccine, have said they partnered with AstraZeneca in the spring of last year in part because the company had agreed to their vision of low-cost pricing for their shot.

British health officials provided early funding to the Oxford team. Nick Dearden, director of the British advocacy group Global Justice Now, said in a statement that the company’s decision to start profiting on the vaccine “shows the utter folly of giving away publicly funded science to big pharma.”

AstraZeneca and its production partners around the globe had released more than 1.7 billion doses of the vaccine by the end of October, supplying more than 170 countries, an AstraZeneca spokesman said. The vaccine is not authorized or available in the United States.

The company said its vaccine brought in $2.1 billion in revenue through the end of September. It projected that its revenue from the vaccine in the final three of months of this year would come mostly from existing not-for-profit orders, with a small contribution from new, more profitable orders.