American Airlines CEO: Company Will Not Enforce Vaccination Policy for Employees, Says It ‘Isn’t Something We’re Looking to Do’ 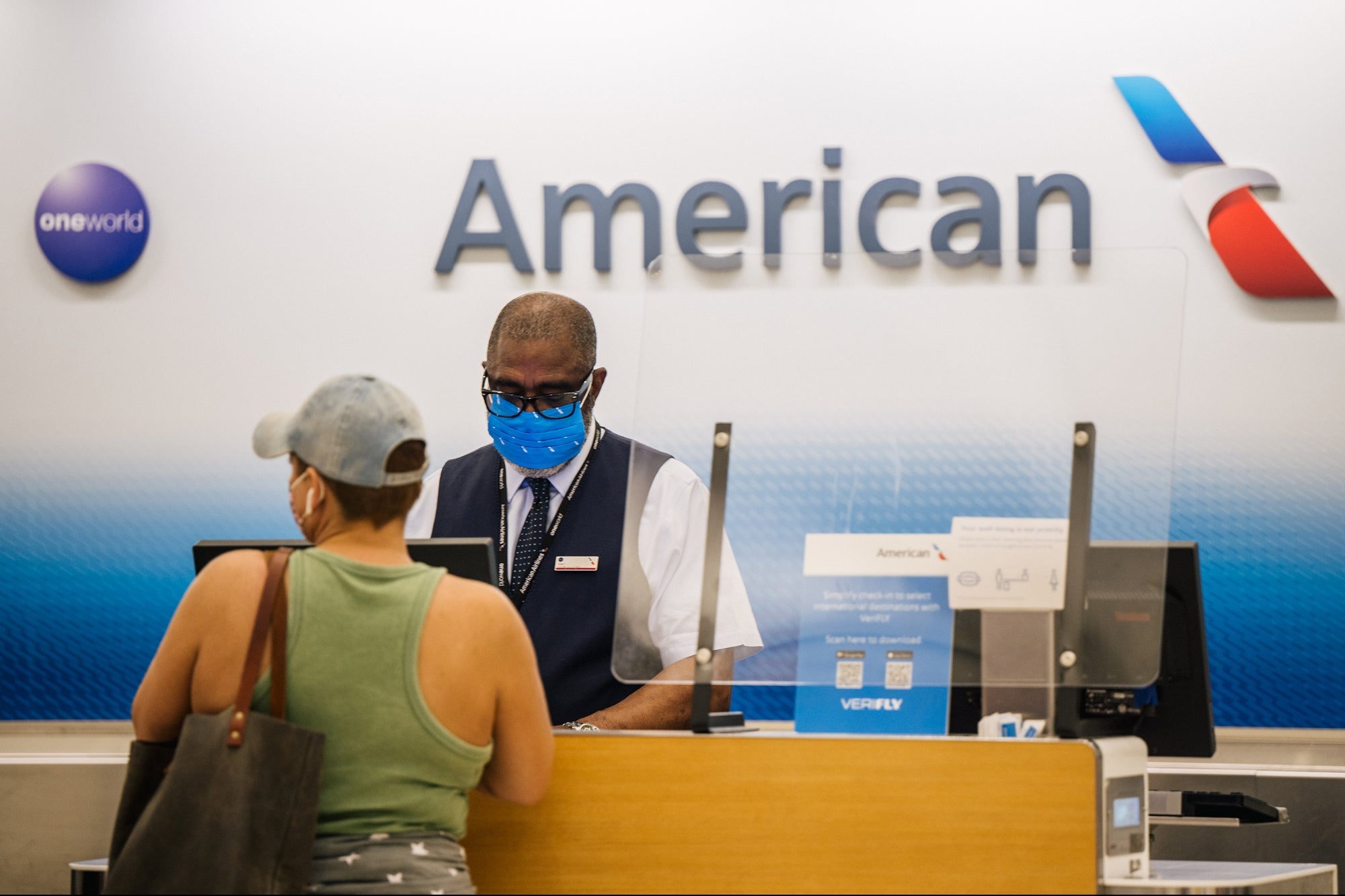 CEO Doug Parker said that he would rather the company double down on incentives than make vaccinations a requirement.

Many major companies and employers are doubling down on vaccination requirements for their employees and staff, some going as far as to make it a requirement without the ability to opt out and wear a mask.

Last week, United Airlines became the first major U.S. airline to require that all of its employees be vaccinated or risk termination from the company, settling a deadline of October 27.

Frontier Airlines also announced their own mandatory employee vaccination policy, which will go into effect on October 1. “Safety is of the utmost importance at Frontier, and we need to take every step possible for us to keep our teams safe, protect the operation and protect our passengers,” Frontier Airlines CEO Barry Biffle said in a statement released last week.

But today, American Airlines made waves by traveling in a different direction. CEO Doug Parker spoke on New York Times contributor Kara Swisher’s Sway podcast and made it clear that he would not be invoking vaccine mandates on employees anytime soon — and probably not ever.

Parker added that he would rather double down on incentives in an attempt to encourage employees to be vaccinated rathe than force them to, something the company has been doing in the form of extra vacation days and $50 gift cards.

The Philadelphia Inquirer reported that Parker views vaccine requirements for passengers as a no-go, noting that the effort would be “incredibly cumbersome,” especially on crowded flights and highly populated airports.

Many on social media sounded off against the policy after word of Parker’s remarks had begun to circulate.

Hurray ⁦@UnitedAirlines_⁩ ! Boo ⁦@AmericanAir⁩ Planning to switch my loyalty program if there is a big difference in safety and responsibility between the two. https://t.co/B32KJPdyMI

Airlines have gotten $54 billion from the federal gov’t to keep them flying during the pandemic. Now some airlines like @AmericanAir are refusing to implement a vaccine mandate for employees. Don’t fly any airline that doesn’t prioritize your safety.

American Airlines is horrible. Terrible seats. Aggressive in flight advertisements for credit cards. The aren’t going to do anything to improve unless they are forced to.

I will never fly @AmericanAir again, unless they do what @UnitedAirlines_ did, to mandate that all their employees are vaccinated.

Some users asserted that they would “never fly” American again, with others calling the refusal to implement a vaccine policy a lack of care for customer safety.

Related: American Airlines Will Cancel Hundreds of Flights Due to Staffing Shortages

“Planning to switch my loyalty program if there is a big difference in safety and responsibility,” one respondent insisted.

American Airlines (AAL) saw an estimated loss of nearly 30,000 employees in 2020 due to pandemic-related terminations and exits, continuing to face staffing shortages into this summer, which led to the cancellation of hundreds of flights. “The first few weeks of June have brought unprecedented weather to our largest hubs, heavily impacting our operation and causing delays, canceled flights and disruptions to crew member schedules and our customers’ plans,” American Airlines said at the time in a statement. “That, combined with the labor shortages some of our vendors are contending with and the incredibly quick ramp-up of customer demand, has led us to build in additional resilience and certainty to our operation by adjusting a fraction of our scheduled flying through mid-July.”

American’s valuation was up about 47% year over year as of late Monday afternoon.

WARNING: This story contains strong and offensive language. Discretion is advised. A B.C. couple said they were followed by a stranger when they got off...
Read more

Nestle to chop, slice and freeze sales of Delissio, Lean Cuisine in Canada

Nestlé Canada said on Wednesday it will “wind down” and end sales of its frozen food products including Delissio, Stouffer’s, Lean Cuisine and Life...
Read more