Amazon strikes a deal with Affirm, the buy-now pay-later provider. 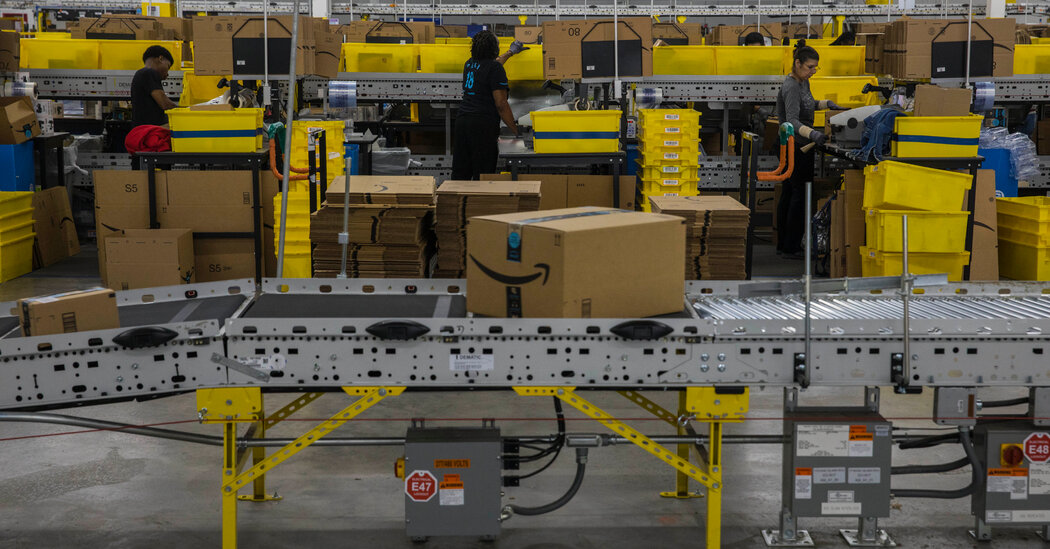 Amazon customers will soon have another payment option at checkout.

Affirm, a so-called buy now, pay later payment provider that allows customers to pay for their purchases in installments, said on Friday that it had reached a deal with the online retail giant.

Affirm said Amazon customers would be able to use its service on purchases of $50 or more — including items like furniture, home goods, electronics and fashion — and pay in monthly installments. Once approved, customers will be able to see the total purchase price upfront — and they won’t be charged any late or hidden fees, the company said.

The service is being tested with select customers now, Affirm said, and will become more broadly available to shoppers in the coming months. Certain purchases, including those from Whole Foods Market, Amazon Fresh and certain digital purchases like movies and books, will not be eligible, according to Affirm.

“Amazon is always looking to add flexible payment options,” an Amazon spokeswoman said, “and Affirm does just that by offering transparent pay-over-time solutions that customers can choose based on their needs.”

Buy now, pay later services have become an increasingly popular option among consumers. And the partnership follows another giant deal last month: Square, the payments firm run by the Twitter chief executive Jack Dorsey, agreed to acquire Afterpay for $29 billion. That deal will open the installment option to millions of small business that process their credit card transactions through Square’s app.

Affirm — whose shares rocketed more than 30 percent in after-hours trading — has already become partners with 12,000 merchants, including Walmart and Peloton. Peloton accounted for 30 percent of the company’s total revenues in the first fiscal quarter of 2021, according to an August research report from FT Partners, an investment banking firm focused on financial technology. That was up from 14 percent in the same quarter a year earlier.

Amazon’s partnership with Affirm is its first with a buy now, pay later provider in the United States; it works with Zip in Australia, where these options are already more established. Amazon had already provided monthly payment plan options on its own for select customers buying certain products. It also offered installment programs for customers with the Amazon.com Store Card, the Amazon Rewards Visa Card, and eligible Citi credit card members.

Grammys 2023: The brightest, boldest and best looks from the red carpet

The red carpet at the Grammy Awards is always a sartorial mixed bag. Some play it straight, while others are wacky and outrageous. This year’s...
Read more

Midway through the winter, I’m starting to get a feeling that we may see a resurgence in guitar rock in 2023. Or is that...
Read more