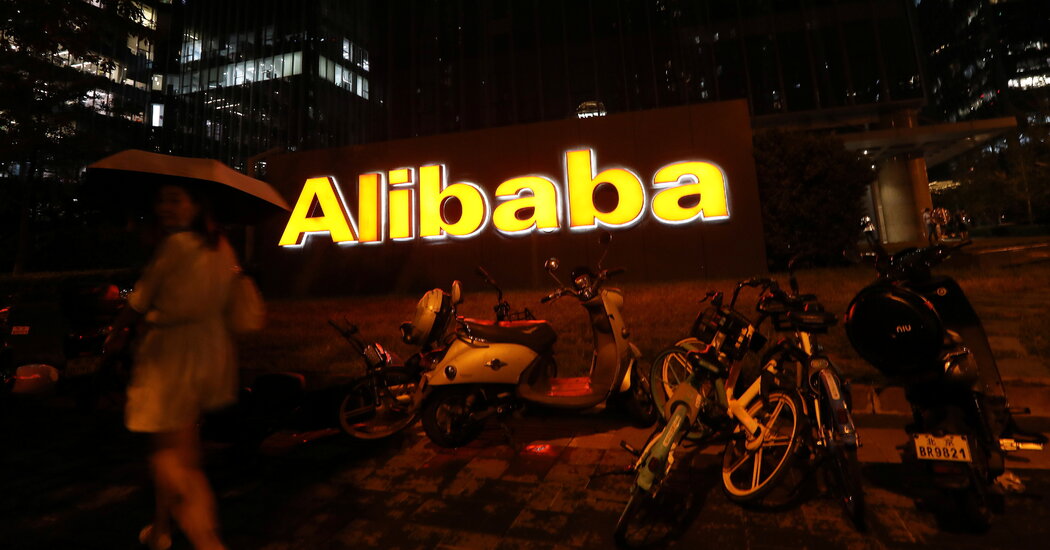 Prosecutors declined to charge the man, who a co-worker said had assaulted her, an allegation that highlighted sexism in the Chinese tech scene.

The police in China released a former Alibaba manager who had been accused of rape by a co-worker after prosecutors declined to charge him, adding fuel to an episode that has shaken the Chinese technology industry and prompted a reckoning for the fledgling #MeToo movement in the country.

In a statement issued late Monday, the authorities in the eastern Chinese city of Jinan said that the behavior of the manager — referred to by his surname Wang — did not constitute a crime and that his arrest had not been approved. He was released after 15 days of detention.

Last month, a female employee at Alibaba said that Mr. Wang had assaulted and raped her during a July business trip after what she has called a “drunken night” entertaining colleagues. When the woman, whose last name is Zhou, reported the case to Alibaba, she said she received no recourse.

Eventually, Ms. Zhou posted an essay about the alleged assault on the internet. It was widely shared on Chinese social media and became the latest in a string of #MeToo episodes in a country where the movement has struggled to gain traction.

The account raised an uproar within Alibaba, a company that has long publicly celebrated the importance of its female staff, with employees saying that it was symptomatic of deeper problems, including rampant casual sexism.

Responding to the memo, Alibaba’s top management fired Mr. Wang and said in a memo to employees that the company would expedite the formation of anti-sexual harassment policies and a dedicated channel for workers to report misconduct. Two senior managers resigned for failing to respond appropriately after the woman’s report.

“Alibaba Group has a zero-tolerance policy against sexual misconduct, and ensuring a safe workplace for all our employees is Alibaba’s top priority,” a company spokesperson wrote in a statement on Tuesday.

The authorities had been investigating Mr. Wang in connection with the crime of “forcible indecency,” which can include sexual assault but stops short of rape. When the prosecutor ruled that Mr. Wang’s actions did not constitute a crime, he was released after an administrative penalty for the crime of indecency.

Separate charges of “forcible indecency” remain against another man who was at the dinner as a client of Alibaba’s and was accused by Ms. Zhou of sexual assault.

While plaintiffs can file civil cases, China’s court system typically offers them little recourse when it comes to workplace sexual assault and harassment. From 2010 to 2017, about as many civil suits came from those accused of misdeeds, alleging defamation, as from accusers.

The decision by the prosecutors generated mixed reactions online. “This man can start a training course: how to implement a noncriminal forcible indecency,” wrote one user sarcastically in a widely shared response.

A supporter of Mr. Wang’s argued back: “It’s good to act in accordance with the law, please don’t judge the case by public opinion.”

Mr. Wang’s wife said on her verified account on the social media platform Weibo that he was released Tuesday morning. She thanked the courts for their “fair handling of the case” and the “majority of enthusiastic netizens for their understanding, encouragement and support.”

While the #MeToo movement has lodged some small victories since it first emerged in China in 2018, women say the odds are still stacked against them in a country that tightly limits dissent and activism, and in which the top echelon of political leaders are almost exclusively male. Women say it can be almost impossible to file police complaints because they lack video evidence, which the authorities often require.

The Alibaba episode has fueled an increasingly vocal campaign against abuse and sexism in China. This summer, the police detained the popular Canadian Chinese singer Kris Wu on suspicion of rape after an 18-year-old university student in Beijing accused him of pressuring young women into having sex. Mr. Wu, who has been the most prominent figure to face #MeToo allegations, has denied the allegations.

The episode at Alibaba has also brought more attention to questions of equity in the male-dominated Chinese tech industry, which many female employees say has long objectified women and blamed victims. Three years ago, when a student at the University of Minnesota alleged that the billionaire founder of JD.com, Richard Liu, raped her after an alcohol-fueled dinner, many in the tech industry took his side, calling her a gold digger, among other misogynistic slurs. Mr. Liu denied her accusation, and the police in Minnesota dropped their investigation.

Within Alibaba, large numbers of employees have rallied around the accusations to push back against what they say is a sexist workplace culture. In a letter to management last month signed by more than 6,000 Alibaba workers, employees urged the company to forbid sexual remarks and games in orientation events.