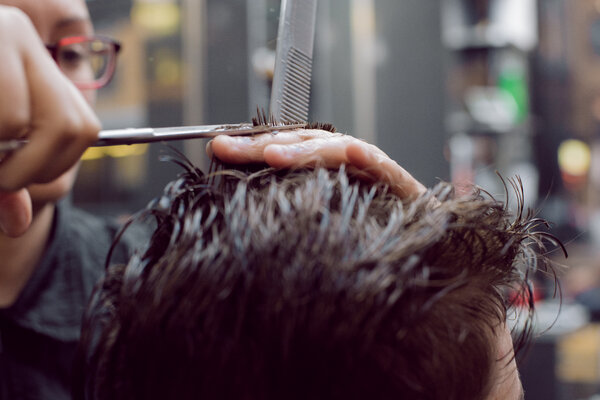 Noncompete clauses, licensing requirements and corporate mergers have tended to strengthen the hand of business.

According to an increasingly influential school of thought in left-of-center economic circles, corporate mergers and some other common business practices have made American workers worse off. The government, this theory holds, should address it.

It appears that school has a particularly powerful student: President Biden.

This week, the White House is planning to release an executive order focused on competition policy. People familiar with the order say one section has several provisions aimed at increasing competition in the labor market.

The order will encourage the Federal Trade Commission to ban or limit noncompete agreements, which employers have increasingly used in recent years to try to hamper workers’ ability to quit for a better job. It encourages the F.T.C. to ban “unnecessary” occupational licensing restrictions, which can make finding new work harder, especially across state lines. And it encourages the F.T.C. and Justice Department to further restrict the ability of employers to share information on worker pay in ways that might amount to collusion.

More broadly, the executive order encourages antitrust regulators to consider how mergers might contribute to so-called monopsony — conditions in which workers have few choices of where to work and therefore lack leverage to negotiate higher wages or better benefits.

The order will depend on the ability of regulators to carry out the rules the White House seeks and to write them in ways that survive legal challenges. And many of the policies that labor economists see as problematic, including licensing requirements, are set at the state level, leaving a limited federal role.

Still, the planned order is the most concerted effort in recent times to use the power of the federal government to tilt the playing field toward workers. It builds on years of research that has made its way from the intellectual fringes to the mainstream.

“It’s increasingly appreciated that lack of competition has held down wages and that there’s a lot of scope for government to improve that,” said Jason Furman, who was chairman of the White House Council of Economic Advisers in the Obama administration’s second term. “I don’t think addressing competition issues will miraculously transform inequality in this country, but it will help. The government should be on your side when it comes to wages.”

The council published research on these themes toward the end of the Obama presidency, but concrete policy steps were more limited than those the Biden administration is planning to seek. As vice president, Mr. Furman recalled, Mr. Biden was particularly energized by issues around wage collusion and noncompete agreements.

Even with backing from the White House, a meaningful gap remains between what academics who study the labor market are finding and the laws governing the relationship between companies and their workers.

Ioana Marinescu, an economist at the University of Pennsylvania, analyzed data on 8,000 specific labor markets with two co-authors and found that when a job market was heavily concentrated among a few employers, it resulted in a 5 percent to 17 percent decline in wages.

But she said regulators tend to be wary of trying to block a merger on the grounds of its potential labor market impact because of a lack of legal precedent.

“Legally we’re on firm ground, but it may or may not be seen that way by some particular judge who has this on their desk,” Professor Marinescu said. “That creates a risk for the agency that doesn’t like the idea they might lose a case.”

She said that having pressure from the White House to pursue those legal theories would help, but that congressional legislation explicitly charging antitrust regulators with focusing on labor market conditions would help more.

There has been some bipartisan discussion on Capitol Hill about reining in noncompete agreements, particularly after the emergence of some outrage-stoking stories. (Sandwich shops and hair salons contractually barred workers from going to a competitor, for example.) These disputes tend to pit incumbent businesses — who don’t want their workers to be able to quit with potentially valuable information — against start-ups who want more ability to hire people at will.

Occupational licensing is also an area with potential for bipartisan agreement, uniting those who want more widespread labor market opportunity with those opposed to excessive regulation. Many more jobs require occupational licenses than in decades past, and typically a license in one state is not easily transferable to another, potentially limiting workers’ ability to move to places where they can earn more. This is particularly problematic for military families, who typically have no choice but to move regularly.

Still, there are potential negative effects with the Biden approach. By creating a barrier to entry for workers entering a field, licensing may also keep wages higher for existing workers in those jobs, meaning some people may stand to lose if requirements are revoked. Moreover, research by Peter Q. Blair of Harvard and Bobby Chung of the University of Illinois suggests that women and racial minorities experience less of a pay gap in fields that involve occupational licenses.

Put it all together, and the Biden administration’s push for a more competitive, less corporation-friendly labor market is decidedly not a set of magic-bullet policies that will suddenly give workers more market power overnight.

Rather, it’s part of a set of policies — other aspects of the president’s agenda very much among them — that over time would nudge the balance of power away from the prevailing order of most of the last 40 years.

A unique building at UBC Okanagan is undergoing its one-year anniversary. The energy-efficient and six-storey building is cited as Canada’s first student residence with passive-house...
Read more