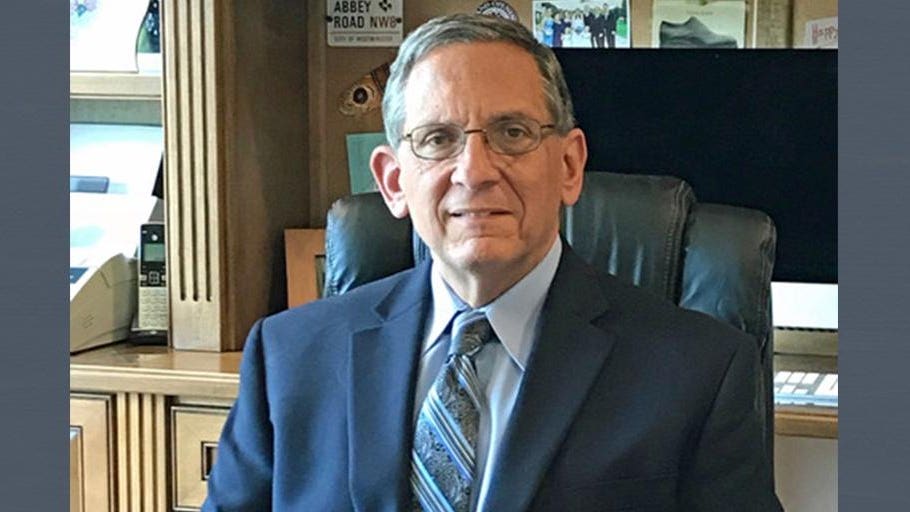 At first, Tullo couldn’t imagine leaving the business mecca of New York City for a prairie town in Illinois, even if it was for a corporation like GE. But after some convincing, he decided to give GE and the Midwest one year to win him over. If it didn’t feel right, he’d head back east.

Almost 40 years later, Tullo would retire from GE after climbing up from that initial role into the company’s top executive positions including as VP and General Manager of Factory Automation and the VP of Global Sales for Grid Automation.

Now in his so-called “retirement,” Tullo is taking his decades of business leadership expertise and sharing them with seasoned and aspiring leaders alike. Today, he runs a consulting business, Clear Choice Strategies, is a board member and VP of Global Sales for Lighthouse Instruments, and is a Senior Advisor for Buying.com.

From lessons learned through his worldwide business travels to the wisdom he gained from GE’s legendary CEO, the late Jack Welch, Tullo’s wealth of knowledge stands incomparable.

Here are four of Tullo’s greatest lessons for leaders striving to lead with purpose, positivity, and understanding.

Whether you’re a recent graduate or already on top of the corporate ladder, Tullo encourages every leader to always continue learning. Education continues far past any graduation ceremony.

But this usually doesn’t mean stepping into a classroom. Instead, Tullo wants you to experience the real world of business. “If you want to succeed, take in initiatives that aren’t taught in school or a book,” he says.

One of Tullo’s favorite ways to learn is by stepping outside of his own comfort zone and seeing the world from different perspectives. “If you’re an emerging leader, you have to learn more about the world in front of you,” Tullo says. “No matter how much of a superstar you are or what accolades you have, you don’t have the entire story.”

By opening yourself up, you’ll often discover that your habits aren’t as effective as you think.

“Just because you’ve done it this way since you were born doesn’t mean you have to keep doing it,” says Tullo. “[Your habits] could put you on a positive path, but it could also be your blinders. It could be from a lack of understanding, or it could be from a bias. It could be anything. These experiences made me more aware.”

Seasoned professionals, in particular, also need to revisit their own longtime habits critically. As the business world evolves, so will leadership styles and strategies. “Just because it worked 20 years ago doesn’t mean that it’ll work today,” says Tullo. “You have to be willing to change.”

2. Learn From Other Cultures

Spending time abroad is an exceptional way to get outside of your comfort zone. Throughout his career, Tullo traveled extensively to places like India, China and Japan. He considers working alongside international leaders to be instrumental to his success. “I had to learn about different cultures and how their leaders made decisions,” he says. “Each country had a different set of dynamics that I had to understand. The only way to do it is spending quality time with them.”

He also got to witness successful business leaders in action outside the United States. This offered him an entirely new perspective that he never would’ve seen otherwise. “I tapped into their strengths and saw what they were doing in their countries,” Tullo says. Then, he could take those lessons and apply them to his own team in the U.S.

And one extra tip: Tullo says to always accommodate the schedules of others—no matter how many time zones away they were. “If that means getting on a call at 3am so you can make a meeting in China, you do it.”

3. Listen More Than You Speak

As an advocate of continuing education, Tullo took advantage of the many courses offered by GE. He found immense value in many, but perhaps the most influential was how to sell from the customer’s viewpoint. And to do this well, you have to listen.

“You have to listen far more than you talk,” says Tullo. “You have two ears and one mouth for a reason. Listen twice as much as you talk. You’ll learn a lot.” Not only will you gain more empathy and understanding for the other person’s needs. You’ll also create a stronger, more genuine relationship.

While in the class, Tullo sat across from a co-worker. He was instructed to sell a product but from the co-worker’s viewpoint. “It made me think about what they’re thinking,” he remembers. “Don’t look at a brochure. Try to think about what the customer’s mind is thinking. Then tailor to that. You’ll be more successful.”

After all, amazing leadership always comes back to creating real relationships. “If I better learn what’s important to you, then we’ll have a better relationship and connection,” Tullo says. “By understanding the person at the end of the table, you’ll be better off.”

It’s a tactic that Tullo found works beautifully in sales, leadership, and even within his personal life. “You have to lead with empathy, understanding, and listening—not so much talking. What you did doesn’t matter. It’s about the individual and what they’re trying to do.”

Leaders are entrusted to make big decisions that can impact more than our direct team; They can affect customers, community members, or stakeholders as well. Maybe we find ourselves at a crossroads where one route would lead to a positive outcome for, say, the financial side of the business. However, the ethics of executing that choice might stand murky.

Do you go for it even if it makes you uneasy?

It’s a conundrum that Tullo has faced many times in his career. That’s when he reflects on advice given to him by Jack Welch. “Jack would say, ‘If the world knew about that decision, would you be proud of it?’” remembers Tullo. If the answer is no, then a leader shouldn’t move forward.

“For leaders with a moral, ethical, and business decision, you need to have three out of three,” says Tullo. If one of those is wrong, don’t do it.”

Sometimes backing away from a precarious yet lucrative deal can be hard. But good leadership isn’t easy, and doing the right thing will always win in the end.

The conversation with Vince Tullo continues on the Leading with Genuine Care podcast. We talk more about his travels abroad, tips on growing as a positive leader, and so much more. Connect with me on Twitter and LinkedIn and keep up with my company imageOne.

Giacomo BagnaraWhat’s Up? (May 8-14)Shaken Confidence in Crypto MarketsIn what some are calling a “death spiral,” the value of a number of digital currencies...
Read more