A Century Ago, Miners Fought in a Bloody Uprising. Few Know About It Today. 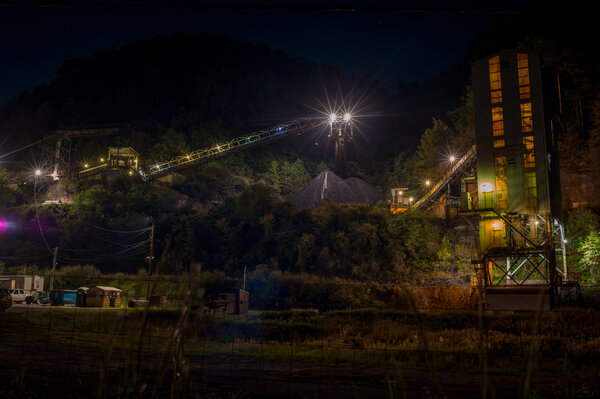 BLAIR, W.Va. — On the shoulder of a lonely stretch of highway miles into the hills, a sign stands in the weeds. “Battle of Blair Mt.,” it says, informing the tumbledown cinder block building across the road that here, 100 years ago, was the largest armed labor uprising in U.S. history.

In late August 1921, thousands of rifle-bearing coal miners marched to this thickly wooded ridge in southern West Virginia, a campaign that was ignited by the daylight assassinations of union sympathizers but had been building for years in the oppressive despair of the coal fields. The miners’ army was met at Blair Mountain by thousands of men who volunteered to fight with the Logan County sheriff, who was in the pay of the coal companies. Over 12 miles and five days, the sheriff’s men fought the miners, strafing the hillsides with machine-gun fire and dropping homemade bombs from planes. There were at least 16 confirmed deaths in the battle, though no one knows exactly how many were killed before the US Army marched in to put a stop to the fighting.

The roadside marker and the spent shell casings found in the hillsides are the only reminders at Blair Mountain that this took place.

The country has begun wrestling in recent years with its buried trauma, memorializing vile and suppressed histories like the Tulsa Race Massacre. The Battle of Blair Mountain, the culmination of a series of violent conflicts known as the Mine Wars, would also seem to be a candidate for such exhumation.

The army of miners that came to Blair Mountain was made up of Black and white people, new immigrants and people with deep roots in Appalachia. They did perilous work under conditions close to indentured servitude: They were kept in line by armed guards and paid only in company scrip, with their pay docked for the costs of housing, medical care and the tools they used in the mines. These conditions eventually erupted in the largest insurrection since the Civil War.

But while there are commemorations this weekend in West Virginia, including talks, rallies and re-enactments, a century of silence enforced by power and fear has left the battle nearly forgotten elsewhere.

“It is one of the most amazing confrontations between workers and bosses ever in this country and no one knows about it,” said Cecil Roberts, the president of the United Mine Workers of America and a great-nephew of Bill Blizzard, who led the miners’ army in 1921. “It seems to be almost impossible unless there’s a concerted effort for people not to know about it.”

The Mine Wars era was bloody, with at least 100 deaths in shootouts and violent crackdowns. For most of the 20th century, silence about it served mutual interests. The participants kept quiet out of self-protection and solidarity. Mr. Blizzard was charged with treason and murder, though he was acquitted, and some of the most prominent labor leaders faced permanent ostracism. Frank Keeney, who roused thousands to fight as head of the U.M.W.A. local, spent the latter part of his life as a parking lot attendant.

Mr. Keeney’s great-grandson, Charles B. Keeney, a history professor at Southern West Virginia Community and Technical College, had trouble getting his own family to talk about the uprising. Instead, he learned about it from stray remarks at family cookouts and from older strangers, who told him star-struck tales after approaching him when they learned of his family connection.

But it was primarily the coal industry and its supporters in state government, Mr. Keeney and other historians said, w tried to smother any public discussion of the history. State officials demanded that any mention of Blair Mountain be stripped from federal oral histories. A 1931 state law regulated the “study of social problems” and for decades, the Mine Wars were left entirely out of school history textbooks. Today, the battlefield is owned in large part by coal operators, who until recently planned to strip mine Blair Mountain itself.

This was narrowly averted in 2018 after Mr. Keeney and a group called Friends of Blair Mountain succeeded in a nine-year campaign, resisted at virtually every turn, to have the site placed on the National Register of Historic Places. But even that does not prevent logging or natural gas exploration, he said.

“In an ideal world, it should be a state park,” said Mr. Keeney. Instead, he climbs through metal gates blocking the roads into the mountain to see what industrial activities may be going on outside of public view.

In recent decades, the Mine Wars have steadily drawn more attention, with a critically acclaimed movie; serious history books; an exhibit in the state museum; and explicit allusions to it during the 2018 state teachers’ strike.

Earlier this year, a great-grandson of one of the coal company detectives even showed up in the little town of Matewan, once a citadel of union resistance, and began offering tours.

“There are two sides to every story,” said James Baldwin, who sits on a bench in front of the Mexican restaurant, waiting to tell tourists of the “brave” detectives who were killed in a shootout after they evicted the families of striking miners from company-owned houses.

The history is being talked about more, but still only in “bits and pieces,” said Stan Bumgardner, the editor of Goldenseal, the state history magazine. “It’s missing in the public sphere.” The events of the Mine Wars are noted far less vigorously than those of the tourist-pleasing Hatfield-McCoy feud, broadcast on signs all over southern West Virginia.

The chief mission of remembering Mine Wars history on the ground has remained with Mr. Keeney and his small cadre of activists, residents and retired union miners. In 2015, they opened the West Virginia Mine Wars Museum, privately funded and located in a union-owned building in Matewan. They have also organized the main events for the centennial of the Battle of Blair Mountain, including a re-enactment of the march this weekend. None of these are state-sponsored, although to the surprise of the organizers, the West Virginia governor, Jim Justice, a billionaire owner of coal companies, issued a proclamation in recent days in which he recognized the “significance” of the battle as a “fight for fair treatment of working peoples.”

Mr. Keeney said powerful interests were not the only opposition to his cause. Past re-enactments of the march have been met with hostility and even assault by people along the route, many of them coal families, who were angered by the involvement of environmentalists.

Mr. Roberts, who has spent much of this summer rallying hundreds of union coal miners on strike in Alabama, sees this as a natural consequence of hard times. Decades of automation and changes in the energy market have dried up the coal jobs in West Virginia, and years of anti-union campaigns have frayed old loyalties. People desperate for work tend to view any critic of the coal industry, including those championing oppressed miners of 100 years ago, as a threat to their livelihoods.

Mr. Roberts cited a quote from Jay Gould, the Gilded Age railroad baron: “I can hire one half of the working class to kill the other half.”

Not long ago, a local historian found a document in the attic of the Logan County courthouse, listing hundreds of miners who were charged for taking part in the Battle of Blair Mountain. It may be the only list of its kind, said Mr. Keeney, who plans to dig into it after the centennial has passed. And it may offer surprises for people throughout the coal fields and scattered around the country who had never learned that their great-grandfathers had gone to war in West Virginia a hundred years ago.