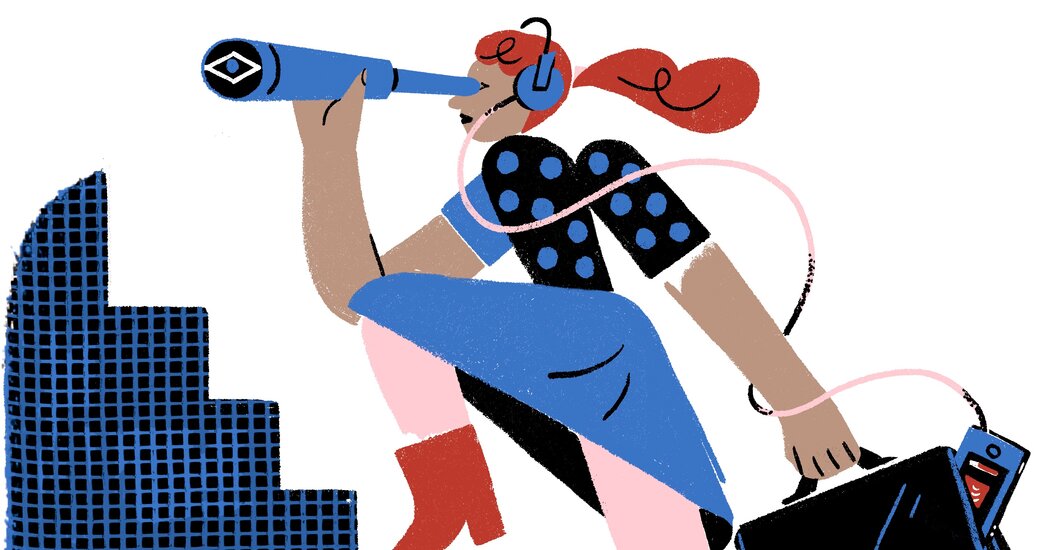 Check out these shows whether you’re looking to start a business, pivot to a new industry or just better handle office politics.

The last three years have fundamentally reshaped working life in ways that could very well be permanent. The pandemic ushered remote work into the mainstream (a new normal that has proved resilient despite some managers’ best efforts), precipitated a surge in entrepreneurial activity and prompted a trend that’s been called “The Great Resignation.” Record numbers of Americans have quit their jobs altogether, while others are redressing their work-life balance by “quiet quitting.” But now there are signs that the white-hot labor market is cooling, with layoffs increasingly widespread and many experts predicting a recession. Whether you’re on the cusp of a career pivot, considering starting a business or just trying to navigate office politics at your current job, these six podcasts will help you figure out those next steps.

Podcast fans are likely familiar with the voice of Manoush Zomorodi, a longtime host of WNYC’s “Note to Self,” who originally started this show to chronicle a career pivot. In 2018, Zomorodi and Jen Poyant, then her co-host, both quit their public radio jobs to launch their own crypto-funded production company, with the goal of finding a kinder, more sustainable approach to entrepreneurship. The first three seasons of “ZigZag” charted the ups and downs of that experience in compelling and vulnerable fashion, and post-pandemic the show has shape-shifted to focus on interviews with “unusual dynamos” who defy business norms (like Ben Chestnut, a co-founder of MailChimp who has refused to take money from venture capitalists). More recently, the sixth season sees Zomorodi sharing a step-by-step road map for listeners seeking a career reset.

‘The Art of Speaking Up’

A wealth of evidence has established that women face unique challenges in the workplace: They are less likely to speak up; more likely to underestimate their value; and face the so-called “double bind” dilemma of being perceived as either competent or likable in leadership roles, but not both. And while standard advice often focuses on telling women how to change their behavior without addressing the psychology and socialization that underpin it, “The Art of Speaking Up” tackles both. Inspired by her own experiences of intense impostor syndrome at her first corporate job, Jessica Guzik started this podcast five years ago, and has since released more than 200 episodes covering subjects including salary negotiation, working motherhood and the contentious (and gendered) role of the exclamation point in work emails.

Starter episode: “Why Assertiveness Can Feel So Hard, Icky, and Uncomfortable (Assertiveness, Part 1)”

Esther Perel has made her name primarily as a couples counselor, sharing many of her insights on her hit podcast “Where Should We Begin?” But as Perel argues, the psychological patterns of our romantic relationships also show up in other contexts, including the workplace. Inspired by her own experience of working with a business partner for the first time, Perel created “How’s Work?” in which she conducts sessions with co-workers, business partners and others whose relationships have been formed, upended or even destroyed by the places they work. The conversations are just as intimate and intense as any traditional couple’s therapy session, demonstrating just how many ways there are for the lines between professional and personal to blur.

‘How I Built This’

This NPR series explores the origin stories of some of the most well-known brands in the world, through the eyes of their creators. You don’t need to have any entrepreneurial spirit whatsoever to be engaged, especially because many of its episodes center on classic underdog stories. The show’s very first interviewee, Sara Blakely, the founder of Spanx, who had twice failed the LSAT and was selling fax machines door to door when she came up with the idea for the shapewear company, or Beto Perez, who created Zumba on the spur of the moment after bringing the wrong music to a dance class he was teaching. Guy Raz, the host, consistently draws out humanizing details and specific memories from his guests, ensuring that “How I Built This” is more than a rote collection of success stories.

There’s now a plethora of self-help podcasts offering inspirational tips on how to live a more meaningful life, but back in 2012, when “Good Life Project” began releasing episodes, it was one of just a handful. The show is not specifically about work, so much as the broader question of finding purpose in one’s life, and career choice inevitably plays a huge role in those conversations. Jonathan Fields, the host, interviews guests from all walks of life including authors, doctors and psychologists, many of whom share stories of the experiences that changed their outlook or offer novel ways to approach familiar problems. At a time when so many people are reconsidering their relationship with work, the show’s holistic approach to fulfillment is bound to resonate.

Starter episode: “What Should I Do With My Life? First, Do This.”

One of the first podcasts produced by Gimlet Media was this enjoyably high-concept show about the process of launching the company itself. The first season of “StartUp” documented “what happens when someone who knows nothing about business starts one,” as self-deprecatingly told by Alex Blumberg, a co-founder of Gimlet, and offered a candid and endearing glimpse into the uncertainty and terror of entrepreneurship. Subsequent seasons have delved into the rocky origin stories of other companies, including a matchmaking app called Dating Ring and the video streaming company Twitch (now owned by Amazon). But perhaps the most essential season of all is the most recent, which offered a welcome change from tech-focused startup stories in chronicling the founding of Success Academy, New York City’s polarizing network of charter schools.

Starter episode: “Gimlet 1: How Not To Pitch A Billionaire”