4 Traits That Have Helped Small Businesses Survive the Pandemic 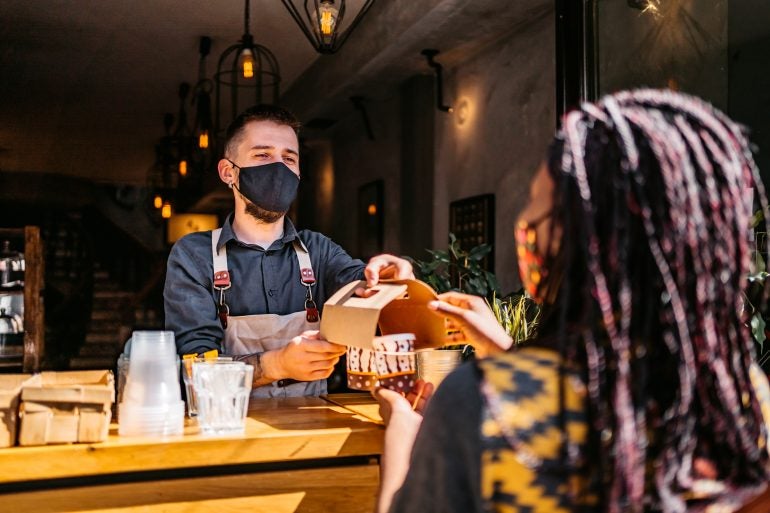 This story originally appeared on NerdWallet

About half of Americans have deliberately shopped more at small and locally owned businesses during the pandemic, and many have rallied especially hard around small businesses with four particular characteristics, according to a new NerdWallet survey.

The survey of over 2,000 U.S. adults found that 51% of Americans made a dedicated effort to shop at small businesses from March 2020 through periods of closures and restrictions compared with before the pandemic. Supporting the local economy was the biggest reason consumers have been funneling more of their money to small businesses, but small businesses that do four things appear to get extra attention, according to the data.

1. They offer takeout and delivery

Restaurant revenues were down almost 27% from expected levels in 2020, and 110,000 restaurants are temporarily or permanently closed, according to the National Restaurant Association. Diversifying away from sit-down service can thus be a critical survival tactic, as a third of those who made more of an effort to shop at small and locally owned businesses during the pandemic said increased takeout and delivery options motivated that support, according to the NerdWallet survey.

2. They have fewer people inside

Small businesses have been a physical refuge for many consumers, according to the NerdWallet data. More than a quarter of those who’ve made an effort to shop at small businesses (27%) said they increased their support because those establishments were less likely to be crowded.

3. They have what other stores don’t

The NerdWallet data also suggests small businesses that carry items that are frequently unavailable elsewhere can gain leverage against larger competitors, highlighting the impact of good inventory management. About a quarter of those who increased their support of small businesses throughout the pandemic (23%) said it was because those retailers had the products they wanted when larger retailers were out, according to the survey.

4. They do more online

Many consumers are shopping online more, benefiting many small businesses that have pivoted to e-commerce. NerdWallet found that about 1 in 5 Americans who made an effort to shop at small and local businesses (22%) started spending more at establishments that were previously only brick-and-mortar stores once they expanded into online offerings.

These four tactics may continue paying dividends for many small businesses, given that 81% of Americans plan to spend at least as much if not more money at small and locally owned businesses between now and the end of the year. That may bode especially well for Small Business Saturday, which is Nov. 27. According to the data, 43% of Americans plan to spend money at small and local businesses that day.

The pandemic has fueled entrepreneurship

Pandemic-driven changes in consumer spending habits have boosted prospects for many new entrepreneurs as well. Despite the struggles small businesses have faced during the pandemic, more than 1 in 10 Americans (12%) have started a business since March 2020, according to the NerdWallet survey.

Although there were several motivations behind these entrepreneurial moves, for 1 in 3, the pandemic itself created the opportunity to start a small business. It produced a market for the goods and services those new entrepreneurs wanted to offer, according to the survey.

The article 4 Traits That Have Helped Small Businesses Survive the Pandemic originally appeared on NerdWallet.

What Trends May Impact Small Businesses in 2023? Our Community Shares Their Answers

Utilizing trends can help your business stay relevant and get more efficient. However, not every trend will be relevant to your business. Here are...
Read more