3 Stocks to Buy for a Santa Rally 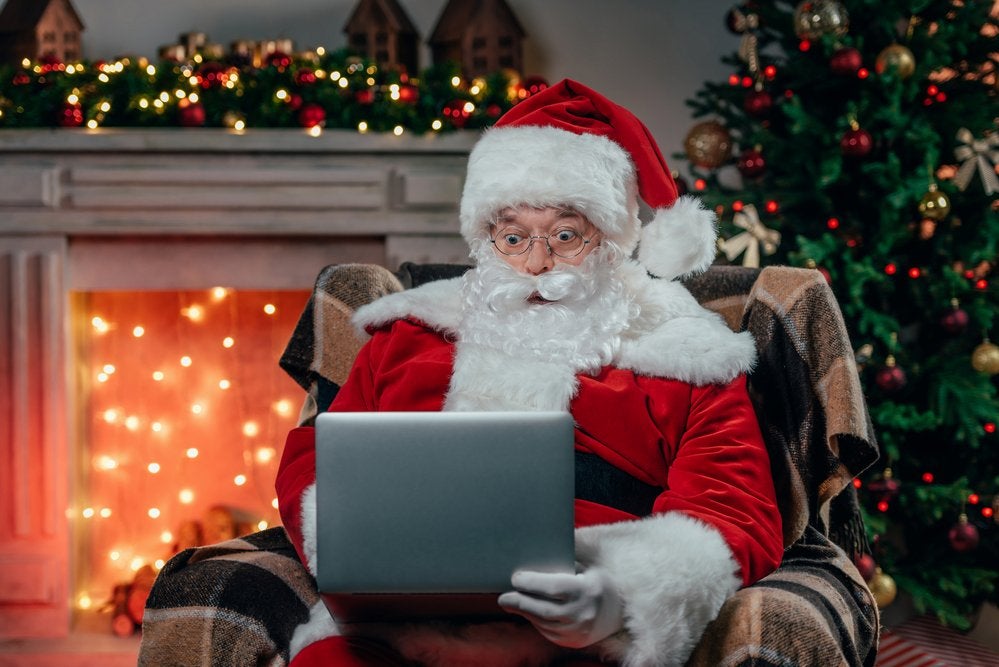 This story originally appeared on MarketBeat

Over the years, investors and traders will pick up on certain trends that tend to play out time and time again. This experience can really pay off in the long run, as patterns repeat themselves in financial markets more often than not. For example, as the trading year winds down investors might want to start positioning for a Santa Rally, as the market has a tendency to rally hard during the last week of December and in early January.
There might be several reasons why this stock market phenomenon occurs. It could be that investors are generally feeling optimistic around the holidays and are using their holiday bonuses to add shares of their favorite stocks. There’s also the possibility that with institutional investors away from their trading desks, bullish retail investors are able to drive prices up. Finally, the Santa Rally could just be traders and investors getting ready for the January Effect, which is another historical pattern of outperformance in markets.
Regardless of what causes the Santa Rally, it’s not a bad idea to start building positions that could outperform towards the end of the year and beyond. Keep reading below for 3 stocks to buy for a Santa Rally.

Adding Apple ahead of the holiday season could end up paying off in a big way, especially since the company’s products like the iPhone, iPad, and Macbook are sure to be some of the best-selling consumer electronics on the planet. The company has arguably created the strongest brand in the tech space and continues to unveil innovative new products on a consistent basis. Apple is rumored to be working on an augmented reality headset, evident in the large number of patents related to the technology that it has recently filed. This could be the next big growth driver for a company that has a long history of creating cutting-edge products.
Even though the company missed consensus estimates for Q4 revenue, Apple still delivered a September quarter record with revenue up 29% year-over-year at $83.4 billion. The fact that services and Mac revenue reached new all-time highs during Q4 is also very impressive. After a few months of consolidation, the stock could be gearing up for a rally to new highs, so consider adding shares in the coming sessions if you think a Santa Rally is on the cards.

This is an e-commerce growth stock that could be on its way towards a strong finish in 2021, especially when you consider the fact that retail sales jumped by 1.7% in the month of October. ETSY operates an online marketplace that connects buyers to sellers of creative goods around the world. It’s a rapidly growing company that offers something different in the e-commerce space, as it’s essentially the premier online destination for unique handcrafted goods and vintage items. There’s also a lot to like about how ETSY enables entrepreneurship, as artists and designers can easily market and sell their products on the company’s platform.
The company just reported solid Q3 results including consolidated gross merchandise sales of $3.1 billion, up 17.9% year-over-year, and consolidated revenue of $532.4 million, also up 17.9% year-over-year. It’s also worth mentioning that the company’s customers are quite loyal, as ETSY had 8 million habitual buyers as of September 30th, up 65% year-over-year in Q3. These are customers with 6 or more purchase days and $200 or more in spend in the trailing twelve months, which tells us that ETSY has created a platform keeping shoppers coming back for more.

If there’s going to be an end-of-year Santa Rally, the chances are good that the tech sector will lead the market higher. Semiconductor stocks are the heartbeat of tech, and Advanced Micro Devices stands out as one of the best semi names to consider adding. It’s a leading supplier of microprocessors and graphics semiconductors which are used in computers and other commercial and consumer applications. AMD continues to benefit from momentum in its data center business thanks to the company’s innovative EPYC server processors, and investors should also note that the company’s chips are used to power next-generation gaming consoles like the Playstation 5 and the Xbox Series X.
The company has delivered impressive earnings throughout 2021 and just boosted its full-year revenue growth guidance for the third time this year to 65%. The global chip shortage could be winding down in the coming months as well, which might be another positive for investors to consider. Although shares have rallied considerably this year, it wouldn’t be surprising to see another leg up for AMD during a Santa Rally.